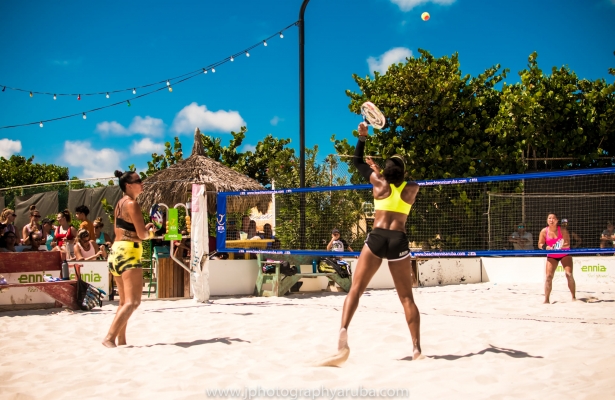 BTA will organize the 2nd ranking tournament of 2022!

All levels can play, at the end of the year we will have overall winners in every category being crowned 'Kings & Queens of the beach 2022'!

We have dinners certifates from 'Papillon restaurant' for the adult winners.

Points stay in the Category/Level where they are won.
At the end of the year the player(s) with the most points win it and become ‘King of the beach’ or ‘Queen of the beach’.
When 2 of more players have the same amount of points the one with the most tournament wins or highest finishes gets it.

Level of play is decided by the BTA League level of the highest ranked player.

You are always allowed to play a higher level than you play in the BTA league.

Youth 14 and older can play adults but ony if theyre playing the Youth event also.

Advance to elimination round

King & Queen of the beach! Once your registration is paid it will be confirmed and displayed on the website.

Payments can be made at the bar or through the bank.

We do not accept individual payments, pay as a team please.

Please mention the players and category in the payment details

Thanks the BTA Team