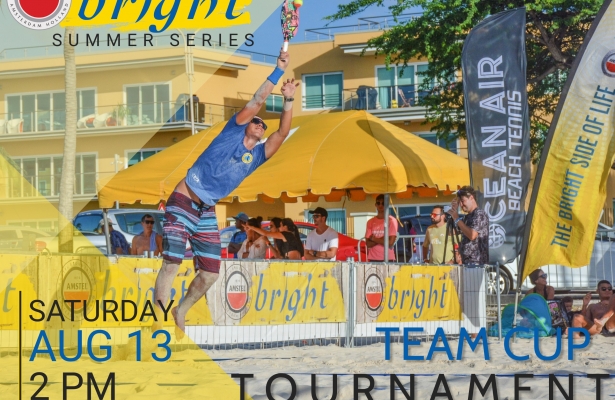 The third and last tournament of the AMSTEL BRIGHT SUMMER SERIES 2022, will be a Team Cup. Each team consists of 2 men and 2 women players and they will play against other teams in one set men's doubles, one set women's doubles and a set of mixed doubles if necessary. All the tournaments in the is summer series have been completely full, so remember to PAY the registration as soon as you have registered to make sure your registration will be confirmed on time to be in the tournament. Teams will only be confirmed if completely paid!

The category in which teams have to register depends on the highest level player in the team. The level is determined by the doubles league a player participates in!

Please register and pay your registration NO LATER THAN Friday, August 12!